Steve "Songsta" Marquis is a composer, producer, arranger and multi-instrumentalist from Sydney Australia. Welcome to my world of music - I hope you're enjoying it.

For the curious, here's a bit more information about me. There's 4 sections to read about > songwriter | producer | musician | film and TV 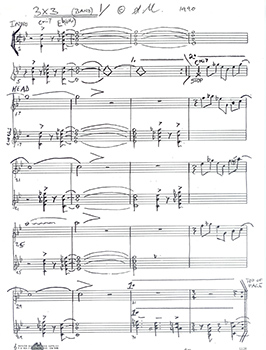 I've been writing songs ever since I first picked up a guitar. I've written, arranged and produced songs for bands and artists, for film, TV, advertising and multimedia. Up or down, fat or fine, mad or chilled - if you want it, I can write it. With a lot of songs in all styles, all recorded with different singers and musicians, the concept of Songsta is to unify all the work from over the years under one banner. It's all about the songs, what they tell and what they hide. It's about melodies, moments, magic and messages. These are my stories in song. If you like them send me an email and let me know or even better, download some from the jukeboxes on the songs pages.

Most of the tracks you can hear on this site have been recorded and produced in a few studios that I have owned and run. Originally that was at home, then it was "The Hut" (a grass hut built inside a funky creative arts warehouse) and these days it's "The Den". I want each song to express itself fully, without the restrictions of having to fit into a signature band sound. So each track has specific musicians chosen for their sound and that song. You can really hear this with the different vocalists and what they bring to each track. Huge thanks to everyone who has given their big talents to my songs - love yez all. You can check out who is on each track by reading the credits information underneath the lyrics which are displayed with every song in the songs pages.

The recordings were mostly multi-tracked in my studios, some stuff is remnant of the ubiquitous bedroom/loungeroom studio that is a rite of passage for all aspiring producers. Unless otherwise specified in the credits, it's all written, played, programmed, recorded and mixed by me. Some tunes have also enjoyed the fresh ears and talents of other engineers - big thanks to Pete, Kristian and Rob. William "The King" Bowden is the man on the mastering.

Everything you hear on this site has been produced by Songsta - all the arrangements, programming, most of the recordings and mixing and much of the playing and singing. On top of that, Songsta has produced many recordings for other artists. Production credits also include music for film, short film & TV, advertising, multimedia and more. These days, I even have a gig teaching Produciotn at Sydney TAFE Music department.

If you like what you hear, Songsta is available for producing your next track. Whether you are an artist, record company, publisher, ad company,film director or anyone else who needs some music, if you want a track produced, contact me.

It all started on guitar, then thre was some 80s synth pop attempts and then finally I found the bass and that's where I really found my groove

I've mainly worked freelance but there have been a few groups along the way. Most notably, a long and fruitful collaboration with Lionel "Lino" Robinson (piano, voice) and Robin Grille (percussion, voice) as 'The In Crowd'. Other regular ensembles have included spots with gigs and recordings with the infamous "O'Donnell Brothers (Patty and Andy), New Flamenco with The Gypsy Rhythms (Phil Moorea) as well as putting my own shows together.

Playing freelance has opened the doors to working with many musicians whose talents astound and delight me. Saxophonists Adrian Cunningham, Andrew Oh, Michael Brown and Craig James. Drummers Andy Byrnes and Marty Jones. Guitarists Rob Sullivan, Bruce Reid and Frank Burgo, pianists Ennio Pozzebon, Steve Blau, Baher Shenouda and Lino. I haven't even started on the all the incredible vocalists - the list is too big to start here.

You can hear a lot of these musicians throughout the Songsta recordings. Keep your eyes on the credit notes for each song to find out who's performing. Also check out the pics page to see some photos of many of these fine players

Working from my 2000s studio "The Hut", I had a strong focus on composition for film, TV and multi-media. this led writing jingles for TV and radio, scoring for several short films and one feature, writing mobile phone ringtones and creations for several multi-media projects.

Go to the sync page to watch a showreel and find out more about using the Songsta catalogue in your upcoming produciton.